26th July - 1st August: ONLY RENTALS ARE BEING POSTED. All other orders will be sent out on 2nd August Dismiss

Why Being A Father Is Never Emasculating

Emasculating is a word which has been going round a lot recently.

verb
gerund or present participle: emasculating
1.deprive (a man) of his male role or identity.
“he feels emasculated, because he cannot control his sons’ behaviour”
2.make (someone or something) weaker or less effective.
“the refusal to allow them to testify effectively emasculated the committee” 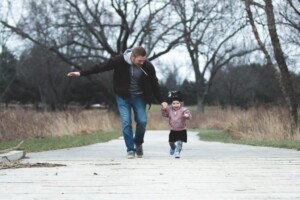 How Our Society Sees Fathers

A father’s role intheir child’s life is one which has changed quickly in the last 50 years. From a hands off approach and a total lack of involvement, men are now being encouraged to take an active role in parenting and the day to day life. There is a growing body of evidence that children benefit from positive male role models in their lives, and, in particular, boys emulate the behaviour they of their male role models. There is also a growing body of evidence that father’s benefit hugely from their interaction with their children.

It has become a societal norm that the mother provides childcare by default. Our parenting leave is set up that way in the UK, you find Mother & Baby parking or Mother & Baby rooms, and changing tables are often totally absent from male toilets. Schools will ring mum first, even if they aren’t first on the list of people to contact. People defer to mum in making decisions which affect the children. The mum is assumed to be taking care of the children so the dad can work. And on the flip-side, the dad is assumed to be babysitting. Dads are stereotyped as stupid and incompetent. They are praised for doing simple day-to-day tasks which often women are either assumed to do or taken to task for. Our society doesn’t value childcare as something men ‘should‘ be doing.

There is a lot to unpick here – misogyny in hating, or undervaluing, what is seen as ‘women’s work’, the assumptions that men cannot feel emotions in the same way as women, that men are more inherently valuable than women and children, and that men should live up to some superior masculine ideal. Many of these ideas are at the very heart of toxic masculinity. 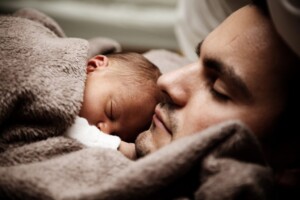 Why These Stereotypes Matter

What all of these normalised stereotypes mean is that society has a distorted view of what people can and can’t do, and it is teaching our children to think that way right from the very start. Even if your family disregards these stereotypes, there are countless others who don’t, and a constant stream of imagery and actions from the wider world which say the opposite. When TV personalities take aim at the idea of dads caring for their children as something ’emasculating’ surely it must be recognised that these stereotypes are damaging?

If you take a hands on approach with your children from the start as a father then you demonstrate to your child that you love them, that men give love and care as well as women, that caring for children is something everyone does, that men can share their feelings. Every example of a family where this is true demonstrates these things to the wider society, and it becomes more true. If more men take time away from jobs to care for children it will become less strange. Even now my husband is seen as different when he takes time off to look after our children when I am working, but him doing this has meant he is demonstrating to other men around him that this is an option they can take.

In the UK the leading cause of death for young men is suicide. Mental health issues are a growing crisis amongst the male population. Men are told from birth that they don’t have the right to the same feeling as girls, that boys don’t cry, to man up, to grow some balls. Men don’t feel things less because they are men, they repress how they feel because society says they should, and when you look at it from that perspective it becomes plain why we have such a problem with adults unable to express their feelings.

How You Can Change The Future

Being a parent means to raise and nurture a new human being. You will get to shape how this person grows, to shape them as a person. You will be intimately involved in someone’s life. This doesn’t weaken you, or make you less male. It gives you an incredible amount of power to share with another person.

And above all, don’t listen to Piers Morgan. 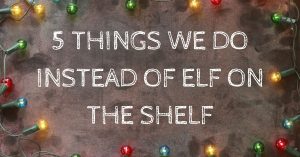 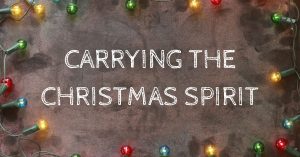